Plant a tree in memory of Louise
An environmentally-friendly option 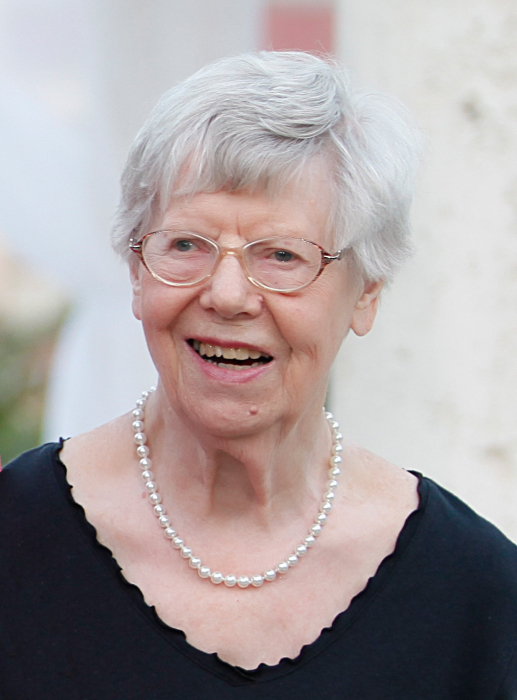 Louise Goos, formerly of Chicago, IL, passed away in Saskatoon, SK on June 13, 2021. Louise was predeceased by her parents, Ernst and Elisabeth (nee Ruccius); four brothers, Johannes, Fred, Carl, and John; one sister, Dorothy; and one sister-in-law, Vivian (wife of Fred). She is survived by her sisters Flora (Bernie) Pregler, and Margareth (Ken) Peterson; her brothers Walter (Marion) Goos and Victor (Faye) Goos; her sisters-in-law Betty Goos, Kathy Senn; and two generations of nephews and nieces.

Louise was born in Hay Lakes, Alberta, but moved to North Dakota with her family when she was 4 years old. At 13 years of age, she contracted tuberculosis and spent about 1 ½ years in the San Haven sanatorium in Dunseith, North Dakota. Upon completing highschool in Bathgate, North Dakota, she went to the State School of Science in Wahpeton, North Dakota where she completed her business/secretarial training.

In 1948, business training in hand, she left the family fold in North Dakota for greener pastures in “the windy city” (Chicago). She settled in an apartment just west of Lake Michigan and near Wrigley Park (home of her favorite baseball team) and started her successful career. Her first place of work was with Woolworths. After a short stint there, she moved from Woolworths to various positions in the Lutheran church. Her initial employment in the Lutheran church was as secretary to the executive secretary for Lutheran campus ministry. When he took a position as the dean of the Lutheran seminary in Maywood, Illinois, Louise was asked to go with him. Her executive secretarial skills were very valued by all the staff at Maywood. When Dr. Marshall, one of the professors at the seminary, became the president of the Illinois Synod of the Lutheran Church in America, he persuaded Louise to work for him in this new position. In 1972, because of reorganization in the Lutheran Church, Louise left that position and became an executive secretary with Quaker Oats. In 1981, subsequent to an assault, Louise suffered an aneurism, and was no longer able to serve in that position. Quaker Oats did, however, find another place for her in the organization and she continued to work for them until her retirement in 1992. Upon retirement, she became a volunteer with the women’s ministry organization of the Evangelical Lutheran Church in America.

In 2013, for health reasons, Louise and her sister Dorothy relocated to Luther Tower in Saskatoon to be near family. Most recently, she lived in Luther Tower Intermediate Care Home. Louise’s competence and her willingness to meet challenges served her well in her 94 years. Her life of work was balanced by her love of music, the enjoyment of the arts, family reunions and a fondness for travel. The family wishes to thank the staff and residents of the LutherCare facilities for the care and community they offered Louise.

A Memorial Service will be held at 2:30 p.m. on Monday, June 28, 2021 at Windsor Chapel (704 Windsor St.) in Saskatoon with live-streaming available at www.faithproductions.ca/livestream . Arrangements in care of Aimé Laventure – Mourning Glory Funeral Services (306) 978-5200.

Plant a tree in memory of Louise by clicking here.
To send flowers to Louise's family, please visit our floral store.

Plant a tree in memory of Louise
An environmentally-friendly option

Plant a tree in memory of Louise

1 tree planted in memory of Louise

I remember Louise both from my time at Maywood Seminary and in the Illinois Synod.  She was always such a gracious person and highly esteemed b y those who knew her.  She served both the seminary and Dr. Marshall  with a high degree of professionalism and at the same time always had a very personal touch to her involvement with those of us who knew her.   I thank God for the life of Louise and I mourn her death.

I always remember Louise as my mysterious, worldly aunt from Chicago. I didn’t see her very often but remember that she was lots of fun and had an infectious laugh.

A Memorial Tree was planted for Louise Goos

Plant a tree in memory of Louise