Plant a tree in memory of Lloyd
An environmentally-friendly option 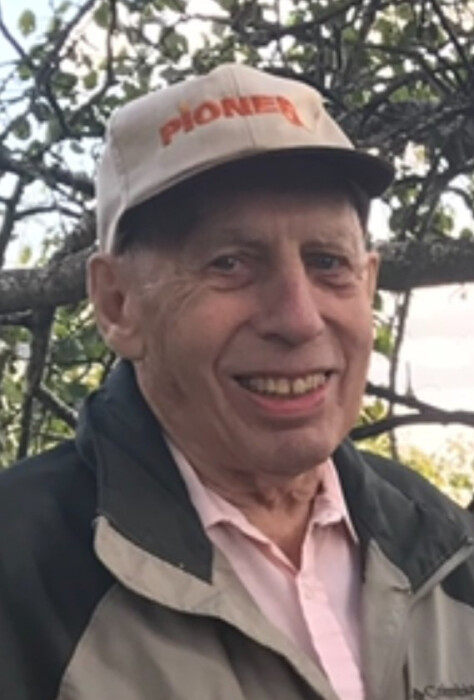 It is with profound sadness that we, the family of Lloyd Denham announces his passing at St. Paul’s Hospital with his children by his side on March 16, 2021. Lloyd was predeceased by his wife Elsie, daughter Rayleen, mother Hilda, father Joe, step-mother Gwen, brother Lorne and brother-in-law Howard Rea. Lloyd is survived by his son Shawn Denham, daughters Kathy (John) Noble and Laureen (Leonard) Sawatsky, 8 grandchildren Cassie, Shea and Quinton Noble, Tamara (Devon) Gamble, Amanda (Chris) Woodley, Chelsea Braun, Bryce Sawatsky and Alicia (Brent) Altum, 17 great-grandchildren, sisters Lois Rea, Dolly (Ron) Philips and sister-in-law Mable Denham. Lloyd was born on December 25, 1933 to Joe and Hilda (nee Reay) Denham. He attended Caswell Hill School and Technical College. Lloyd joined the Canadian Air Force where he studied to be a radio operator in Toronto. He was positioned in Manitoba for a few years, then later on he moved to B.C. to continue working for the Federal Government. After that he moved back to Saskatoon where he ran his own business Satellite Electronics and eventually worked for Saskatoon Piano House until he retired and worked in accounting. Lloyd and Elsie went on a lot of trips through Europe, Canada and USA, as well as many camping trips they took their grandchildren on. Lloyd’s favourite summer place was his cottage at Meeting Lake where he would enjoy his quiet time and fishing. He was a person with many trade skills, who was a very bright and smart man. Lloyd was a very active member of St. George’s Anglican Church for 50 years as a caretaker of the building, treasurer, and Vestry Board. A Private Graveside Service will be held Hillcrest Memorial Gardens. Arrangements in care of Aimé Laventure – Mourning Glory Funeral Services (306) 978-5200.

Plant a tree in memory of Lloyd by clicking here.
To send flowers to Lloyd's family, please visit our floral store.

Plant a tree in memory of Lloyd
An environmentally-friendly option

Plant a tree in memory of Lloyd

1 tree planted in memory of Lloyd

A Memorial Tree was planted for Lloyd Denham

Plant a tree in memory of Lloyd