Plant a tree in memory of Susan
An environmentally-friendly option 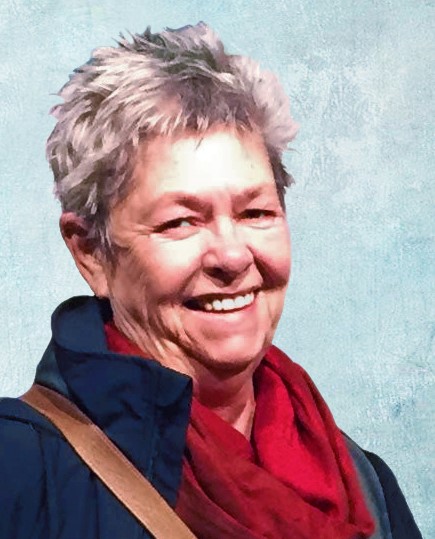 It is with deep sorrow we announce the sudden passing of Dr. Susan Margaret Robertson, March 22, 2021. Susan was born in Quill Lake on October 14, 1955. In 1965, she and her family moved to Saskatoon, where she attended school at Brevoort Park, Walter Murray Collegiate and the University of Saskatchewan. Susan had a passion for knowledge and education. During her post-secondary education, she received her B.A. (1978), M.A. (1989) and Ph.D. in Sociology in 2002. Susan was a dedicated member of the Department of Sociology. She began teaching as a Sessional Lecturer in 1986 and was an active researcher on numerous projects as a Research Associate. Susan was highly respected by her colleagues putting in endless hours to support all of those in the Department. Family was of the utmost importance to her. She was a caring and compassionate wife, mother, sister, aunt, and friend. Her door was always open to those who needed an ear. Susan was never at a loss for words with her quick wit and humour that always had undertones of great wisdom.

Plant a tree in memory of Susan by clicking here.
To send flowers to Susan's family, please visit our floral store.

Plant a tree in memory of Susan
An environmentally-friendly option

Plant a tree in memory of Susan

6 trees planted in memory of Susan

We are truly sorry to hear of the loss of Susan. May the love of family and friends help comfort you in this time of grief.
Alberta Robertsons, Daisy Robertson, Geoff and (Cathy) Robertson and Family, Lorne Robertson, Kathy and (Brian) deLisser and Family

Oh my I am so very sorry for your loss. Susan will be so missed by so many for her loving kindness and spirit of generosity. My time with spent with Susan was filled with deep gut wrenching laughter coupled with deep honest conversation. What an absolutely beautiful service. I loved how the connection between Susan and Peter was made so apparent and I find comfort that she and he will once again be together. Dani and Alex my heart goes out to you!!!

Dear Dani, Alex and family. I offer you my most sincere condolences in your loss. Susan was and is a wonderful person. I always appreciated her warm smile and cheery disposition, her analytical insights and her deep sense of justice.  She was a wonderful support and colleague over many years.  Whenever I met her, I would always leave feeling uplifted and happier. May you find consolation in your wonderful memories of your best days together and in the support of family and friends. You and Susan will remain in our thoughts and prayers..  Wilfrid Denis (Sociology - St. Thomas More College).

Dani, Alex + family We are so sorry for your loss. Will always remember your mom's genuine smile and thoughtfulness. May memories be cherished to bring you peace and comfort. With heartfelt sympathy
Karen, Casey Davis and Family

A Memorial Tree was ordered in memory of Susan Robertson by Karen, Casey Davis and Family .  Plant a Tree

I am so sorry to hear about your loss.  I got to know Susan through a research project she was working on with me. She was a lovely person. I am very saddened by her passing. My deepest sympathies.

Plant a tree in memory of Susan