Plant a tree in memory of Tom
An environmentally-friendly option 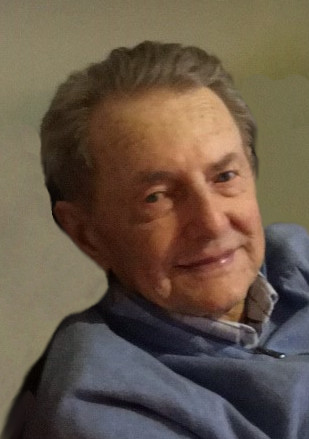 Tom passed away peacefully at Saskatoon City Hospital on Thursday, March 25, 2021. Tom is lovingly remembered by his children Kip (Nelly) McCloy, Kim McCloy, Janice Istace (Terry), Shannon McCloy (Alan), son-in-law Rob Istace, grandchildren Candace (Jason) Redekopp, Brandon Istace (Chay), Devin Istace (Eve), great-grandchildren Ava and Clara Redekopp, Cash and Olivia Istace and sister-in-law Jean McCloy. He was predeceased by his wife Dorothy, parents, brothers Max and Lloyd McCloy and sister Betty (Aubrey) Johnson. Tom was born on February 9, 1930 at the farm home in Meskanaw, SK. He attended the College of Agriculture and College of Education at the University of Saskatchewan and obtained his B.Sc. Agriculture and B. Education. He also obtained his Lieutenant Commission in R.C.A.S.C. in 1950 and began mixed farming in the spring of 1953 with his brother Lloyd. He married the love of his life, Dorothy Saunders, on December 17, 1952. He taught vocational agriculture in Kinistino for 6 years. Tom was involved in several organizations and committees such as President of Meskanaw Community Club, member of Sask. Wheat Pool Committee and Saskatchewan Farmer’s Union, School Trustee for McCloy Creek S.D., assistant 4-H Club Leader, coached little league baseball and was in curling and hockey. Tom was fond of music and seized the opportunity to dance whenever it became available. Tom and Dorothy are now dancing together in heaven. Memorial donations may be made to the Royal Canadian Legion or to the Western Development Museum. A Memorial Service will be held at 2:00 p.m. on Saturday, April 10, 2021 at Acadia McKague’s Funeral Centre (915 Acadia Drive) in Saskatoon. Live-streaming will be available at: www.faithproductions.ca/livestream  . Arrangements in care of Mourning Glory Funeral Services (306) 978-5200.

Plant a tree in memory of Tom by clicking here.
To send flowers to Tom's family, please visit our floral store.

Plant a tree in memory of Tom
An environmentally-friendly option

Plant a tree in memory of Tom

7 trees planted in memory of Tom

Planting a tree for Tom and Dorothy McCloy, Lloyd McCloy, Betty Johnson and Max McCloy. You will always be with us and never forgotten. Thanks also to everyone who has reached out to our family.
Tom McCloy's Family

Our condolences to the McCloy clan. I taught with Tom many years ago and have seen him intermittently since then. Tom was always interested in the other person. He enthusiastically shared his activities and endeavors.. The world lost a “good guy” when he passed. Charlotte and Barry Eidsness

Thank you for a beautiful service honouring all that Tommy was for everyone whose lives he touched. Blessings of peace be with you all as we walk the days and weeks of remembrance ahead. Tommy and Dorothy were heroes to me as I was growing up. They were always the first to arrive when our needed them. They created excitement with all of their new adventures. I will always hold close Tommy's words at the service of blessing he asked me to take part in at the Meskanaw cemetery, "We worked together all our lives and we will rest together again here."  Blessed be.

Tommy and Dorothy were a dynamic, fun loving couple who will be remembered with great love and respect. Deepest condolences to the family.
Love Bernie and Garnet.

A Memorial Tree was ordered in memory of Tom McCloy by Love Bernie and Garnet. .  Plant a Tree

Sadly missed, quietly remembered. Our family is sincerely sorry for your loss and so grateful for the time we got to spend with your dad. Always such a gentleman and a joy to be around.

Plant a tree in memory of Tom