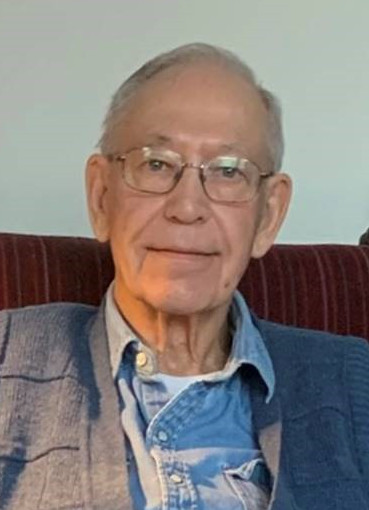 Eugene and Frances Bishopp welcomed little Billy as brother to Barbie in Butte, Montana, US. The family moved several times due to Gene’s job as mining engineer and ended up in Boulder, Colorado, where Bill received his schooling, checking out Physics first, then Political Science before settling for Economics. After High school he served his country in El Paso, Texas, making the most of his military time by playing tennis with the brass and using his trumpet at official functions.

When Bill had returned from his hitch-hiking adventure to Ecuador and subsequent teaching job there, he met Renate, who had just arrived from her native Germany and was in need of looking after. They married in 1965 and spent one year in Germany to fulfill a promise to her parents to return, for visit or for good. Here their daughter Martina was born. In 1968 they returned to Boulder where Bill finished his studies. Jobs were scarce then so he accepted an offer from the University of Saskatchewan for a one year position, they stayed—Saskatoon was good! Son Christopher joined the family during a visit to Boulder in 1973.

Martina’s studies in music took her to the US and where she lives with her children, Hans and Edie in Illinois, working for Edward Jones Investment Company. Chris met Kristan at Faith Lutheran and is now a pastor in Winnipeg, where they enjoy their two daughters, Hannah and Katie.

Bill was a man of many interests. After completing his PHD he had time to join the Saskatoon Aquarium Society and bred many species of Tropical fish. Often, people saw him as the local fish doctor. Twice his hobby took him to Africa to collect on site. He was much involved in shows, as exhibitor and as judge. He also took great pleasure in exploring the great Canadian North by canoe and was proud to have been at the Nahanni River Falls, among other amazing wilderness places. Winter in Saskatoon couldn’t come early enough for Bill since he was an enthusiastic cross-country skier, taking part in many skiing events. Shortly before his heart disease diagnosis he was still skiing seven km at Wildwood Golf course and had great hopes to do so again this winter. Early in their marriage, Bill and Renate took turns travelling to Boulder, Colorado to visit his mother and to hike in the Colorado Rockies or to Germany to spend time with Renate’s parents, checking out the sites. Europe fascinated Bill, including the relatives in then East Germany, although on one trip he wished ‘not to see any churches and fortress ruins’. His aptitude for language made it easy for him to converse in German and Spanish.

Bill’s love for nature and music was evident in the way his children approach life. Martina was  introduced to camping and hiking at a very young age and now she searches new hiking trails with her children, and involves herself in their Scouting experience. Bill encouraged her pursuit of music training; her beautiful trained voice enriched worship service at Faith whenever she was able. At Christmas time, Bill, Renate and Martina would sing carols together at the living room piano in 3-part harmony, with Chris being too much of a boy to join. When Chris was old enough to join the Scouts, Bill became a scout leader, exploring the North and instilling love for water activities on him. Chris became a successful member of the Saskatoon Racing Canoe Club with Bill helping as commodore or timer/judge. Bill kept a record of the spring return of our birds and loved conversations with birders.

Bill was a very conscientious professor and was honoured several times with the award for teaching excellence. Once he got into lecture mode it was hard to stop him! He enjoyed years of singing with the Faith Lutheran Church choir and later joined the Saskatoon Men’s Chorus.

During COVID Bill celebrated his 80th birthday with four mini garden parties in the backyard. It pleased him immensely to see so many friends from his different interests to come out for a one-hour party.

Bill will be remembered and missed by many; most of all by Renate, as a faithful husband for nearly 56 years, and by his children and grandchildren with whom he spent memorable vacation time in beautiful places.

The family wishes to express appreciation for the care and concern of their church members, the Saskatoon Aquarium Society and many friends as well as Drs. Paul Taillon and Stephan Wardell for trying to save Bill’s heart. Alas, it was not to be as it gave out on the morning of March 20, 2021.

Plant a tree in memory of William "Bill" Bishopp

I love you, Dad!
Martina

I am saddened to learn of Mr Bishopps passing.
I was lucky enough to know him in two different ways. First as a Professor and former department head, as I study a B.A and an M,A, in Econ; and as former commodore and volunteer at the sprint kayaking/canoeing family in Saskatchewan.

He was the perfect example of an economist, logic and patient. Influencing people to do their best by example and calm nature.

Renate, Martina, and Chris,
We are so sorry to read of Bill’s death. It is many years since I and my younger daughter spent time with you and Martina, Renate, but we have met and visited often with Bill, mostly on cross country ski trails. He was very much an all  round person. Please know you are in our thoughts at this difficult time. Nancy and Paul Wilkinson

Renate & extended families,
We are sorry to hear of Bill's passing.  I seems we are never ready for God's calling.

May the many cherished memories of his achievements and fun times with family and friends get you through the difficult days. Sincerest condolences to all of you!

Renata and your family,
Sorry to hear of Bill's passing.  May all the wonderful memories you have of him help you through today, tomorrow and all your tomorrows.

Plant a tree in memory of William "Bill" Bishopp